Our mission is to empower young people to affect positive change in their communities. You can help build a better tomorrow. It starts right here. Right now.
Featured

We Believe in Youth and the People who Inspire Them…YOU! Roots & Shoots is a global movement of youth leading…

You have the power to build a better world today! Get started making a difference in the ways that matter most to you in your community.
Featured

You are transforming your community every day with your passion and incredible projects. As Dr. Jane has said, every individual…

We Believe in Youth and the People who Inspire Them…YOU! Roots & Shoots is a global movement of youth leading…
Featured

The Roots & Shoots Model focuses on best-practices in Service Learning to grow compassion and action in young changemakers. Together, we're growing a movement.
Featured

Your best you: Thoughtfulness, creativity, and compassion. From the playground to the boardroom, you hold the key to shaping the…
Featured

Get Inspired, Observe, Take Action and Celebrate: Easy as 1,2,3,4! Roots & Shoots is about making positive change happen for…

Anyone, anywhere can make a difference for people, other animals, and the planet we share. Get started by exploring and creating your own community project!
Featured

Looking for a way to take action right away? If you’re not quite ready or sure how to plan and…

Every individual makes a difference - and together we can change the world! Find a group near you or start your own to amplify your impact.
Featured 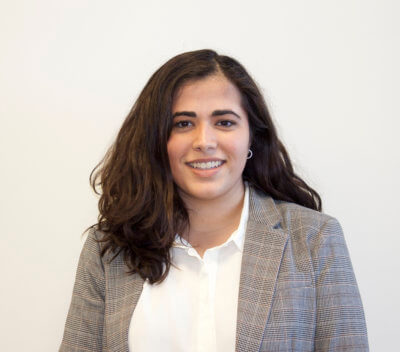 All her life, Raquel has been inspired and motivated to make a difference. Her story of giving back follows a line of passionate, change-making women. Describing herself as a “purposeful” person, Raquel says she was sometimes called a dreamer. But through Roots & Shoots, she realized she wasn’t alone in her passion for driving change. What some might call a dream, her peers in Roots & Shoots would call a goal worth working toward.

Raquel first joined Roots & Shoots in seventh grade. She observed the huge impact one project, in particular, had on the community: a Thanksgiving food drive. When Raquel formed her own Roots & Shoots group in high school, her group took action and took the food drive to a new level. Of the many projects she did during her more than nine years in Roots & Shoots, this one was her favorite. Her group collaborated with social services in their community to make the biggest difference for those who needed it most, and they measured their impact, delivering Thanksgiving meals to over 250 families each year.

Today, Raquel lives in Chicago and works in sales, in this way following in her father’s footsteps. Raquel credits Roots & Shoots with her professional success, in no uncertain terms. She feels confident in management, leadership, and networking because she learned and practiced these skills again and again through the service projects she organized with her peers. She learned to work with all different types of people and how to present her ideas effectively through public speaking opportunities. Her goal is to continue working to make a difference in her everyday life because being an advocate is part of who she is.

Roots & Shoots in grades 8-11 join the National Youth Leadership Council (NYLC) to gain valuable skills in service compassionate leadership. You can learn more about the NYLC and it's current members here!
Learn More About the NYLC

The Toolkits below are your official guide to creating a change-making community project based on the issues YOU care ab...

What are Compassionate Traits? Every day, each of us has the opportunity to make decisions that have an impact on&hellip...

Small acts of kindness can go a long way! Sometimes we don’t take the time to recognize the everyday acts…

We are nurturing the compassionate leaders of tomorrow.

Get To Know Our Model